The Royal Lineage of Sukshma Vyayama 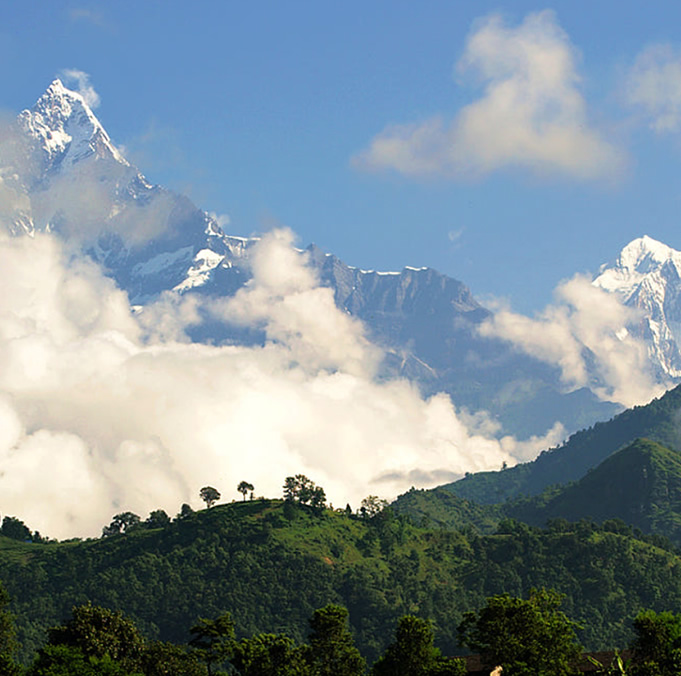 No form of yoga will heal, embellish and make your body as radiant, healthy and well-defined as the combination of Sukshma Vyayama with Naam as found in Shakti Naam Yoga within only a few days of continuous practice. It is Shri Bal Mukund Singh, one of the greatest yogis from the land of India, who personally taught the science of Sukshma Vyayama to Dr. Levry. Invited by Dr. Levry he joined the Divine Spiritual Alchemy Retreat in South Africa in 2019 and personally instructed some of the advanced members of our community on a daily basis secret elements of this ancient and life changing practice.

Sacred yogic wisdom and practices are preserved for posterity, not only through sacred scriptures, but through the chain of devotional individuals and disciples who are uniquely groomed and prepared to share these practices with humanity in their original and authentic form. The lives of such key figures are very often shrouded in mystery, if they become known to us at all. This is because their true purpose lies in becoming a pure and neutral vehicle through which these teachings can flow to humankind in order to ease the pain and sufferings of the world, as opposed to subjects of worship or adulation.

The heavens will work through a true saint or spiritual master to reveal a healing system that can significantly alleviate the sufferings of humankind. In Sukshma Vyayama we find a rare and secret yogic lineage that originated with Maharishi Kartikeya Ji, was expanded by Dhirendra Brahmachari, and has continued to be shared with the world by Shri Bal Mukund Singh and that is now being used in the largest yoga classes of their kind known to the world, led by Dr. Levry, holding the space for hundreds and thousands of people to bring about not only individual but worldwide collective peace and healing. The candle of Sukshma Vyayama was lit by Maharishi Kartikeya Ji and its sacred flame is being passed to light the way for others. The gifts of Sukshma Vyayama combined with Naam, which Dr. Levry received from Sant Baba Virsa Singh Ji have become the foundation of the life-giving practice of Shakti Naam Yoga. The universal healing significance of Shakti Naam upon the world during our lifetime and for generations to come is unfolding before our very eyes. 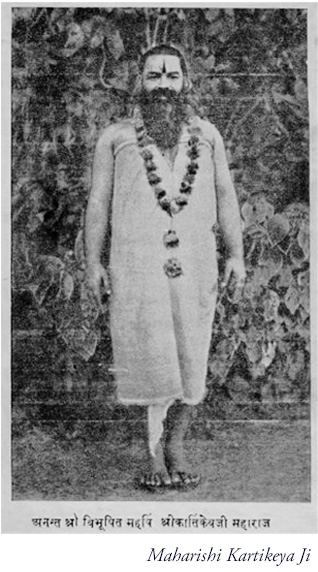 Sukshma Vyayama, known by yogis and mystics as “The Yoga of The Immortality”, originated centuries ago with the great seer and saint Maharishi Kartikeya Ji. Born into a highly respected family of Brahmins, who are traditionally known in India as protectors and guardians of sacred wisdom across generations, the young Maharishi Ji displayed remarkable signs of spiritual genius. As a boy he could effortlessly recite Sanskrit epics such as the Mahabharata. To the astonishment of others, he began chanting the highly revered Gayatri mantra on his own without ever having had it taught to him. When he was still a child, Maharishi Kartikeya Ji left home and wandered around the peaks of the Himalayan mountains, visiting what are now considered the legendary dwellings of austere mystics and devotional aspirants. It was during Maharishi Kartikeya Ji’s visit in the shrine of Badrinath, a holy town and place of pilgrimage, that he received the inspiration to devote his life to the service and upliftment of humankind. He drew upon sacred scripture, philosophy, meditation and the study and teaching of yoga to guide him as to how to go about making the world a better place. Simply by meditating on Maharishi Kartikeya Ji, his students used to receive the fulfilment of their wishes and the realizations of their deepest desires. The melodic tone of Maharishi Kartikeya Ji’s speech was so pleasing and conveyed the innermost spiritually attuned chords of the human mind and heart, that by simply listening to him, a person could experience cosmic bliss. Unparalleled in his knowledge and abilities, this great soul had a direct and perfect knowing of almost every aspect of creation, a great faculty of prescience, as well as the capacity to know the true aptitudes, traits and characters of a person. During his lifetime Maharshi Kartikeya Ji toured extensively throughout India, benefitting countless numbers of people. In 1953, Maharishi Kartikeya ji, who was believed to be 335 years old, finally reached Ayodhya, the birthplace of Lord Rama. There, during an evening prayer before a large gathering on the bank of the Sarayu river, he entered Mahasamadhi, leaving his physical body and departing this earthly plane. 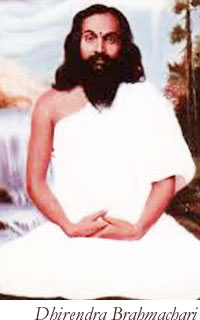 Dhirendra Brahmachari, the teacher of Shri Bal Mukund Singh, had the good fortune and singular privilege of attracting the attention of Maharishi Kartikeya Ji. Sensing Brahmachari’s aptitude and eagerness to follow the path of Yoga, Maharishi Kartikeya Ji initiated him into the highly treasured and little-known mysteries of Yoga. He advised him to dedicate his life to the service and welfare of humankind through rare and valuable yogic techniques, notably “Yogic Sukshma Vyayama”, the system of subtle yogic exercises that we practice today in Shakti Naam.

The early life of Dhirendra Brahmachari remains mostly unknown, some saying that he was born to a respected Brahmin family in Chandpura and others that he came from a village in Kashmir. There was much speculation as to the Swami’s true age and no records as to his date of birth. On the rare occasion that he spoke about his past, he recalled that as a child he was a wild, adventurous and mischievous boy and that he often got into dangerous situations. At the age of 12, a passage from the Bhagavad Gita impressed the young Brahmachari so deeply that he decided to become a Yogi and pursue the arduous path of yoga with great devotion and interest. In that passage Krishna says to Arjuna, “The Yogi is verily superior to the Tapasvins (those observing austerities), Jnanins (the knowledgeables) and Karmakandins (those who perform the ceremonial rites). Therefore, you should try to become a Yogin!”

Dhirendra Brahmachari left his home and set out on a course to find a true Guru. He encountered Sadhu after Sadhu and holy man after holy man, but the object of his quest eluded him, for he found these self-proclaimed men of God to be nothing more than charlatans. The stubborn Dhirendra Brahmachari refused to be brainwashed by observing certain hairstyles or observances that were not rooted in true spiritual pursuits. After years of arduous searching, he ended up in great poverty, feeling stranded and disappointed. About this period of dark desperation Dhirendra Brahmachari said: “I had completely lost the idea of a Guru, my mind was absolutely empty. But only when life becomes dark and black like a slate, you can start to write something new. Only where there is absolute emptiness you can fill in something new. Only when his own ideas are wiped out, man is ready to perceive and accept the Absolute. It is a balance between complete devotion and the openness for the Divine or even for what you can call its opposite.” Caught in the throes of the struggle between darkness and light, Dhirendra Brahmachari ultimately met his Guru Maharshi Kartikeya Ji, whose ashram stood at Gopal-Khera, about twelve miles from Lucknow. There the Guru initiated him into the untold secrets of Yoga. He practiced pranayama in an underground cave and reached a state of perfect mental equilibrium, which made him enter the realms of higher Yoga. At this point Dhirendra Brahmachari obtained the honor of Swami, a Siddha and Yoga-Master, and was directed by Maharishi Kartikeya Ji to devote his life to the sharing of sacred yogic kriyas and asanas.

Dhirendra Brahmachari’s first work “Yogic Suksma Vyayama” was published in Hindi in 1956, in the capital of Bengal, Calcutta. He then made his way to Delhi where people from all over the world and all different backgrounds came to him to learn the yogic practices that he was sharing. 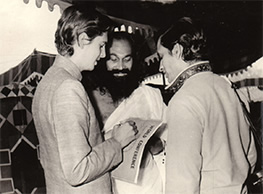 Among his students were the Prime Minister of India, Jawaharlal Nehru, and his daughter Indira Gandhi and her family, through which his life took a political association. Dhirendra Brahmachari was the first yogi in India to be televised in a weekly yoga program on the state-run TV channel, Doordarshan, every Wednesday, making him India’s very first celebrity guru and did much to popularize yoga, which Baba Ramdev would take forward decades later and continues to this day.

Dhirendra Brahmachari published his second book “Yogasana Vijnana”, in 1970, an unparalleled treatise on the correct practice of yogic postures. He founded ashrams in Delhi, Jamnu, Katra and Mantalai attracting thousands of people from all over the world eager to learn from him. He was held in high regard by his contemporaries, his wisdom and advice being sought out by even the most reputed yogis of the era, including Shri Mahesh yogi, Yogi Bhajan, Shri Shri Ravi Shankar, Sant Shri Asharam Ji Bapu, Yogrishi Baba Ramdev and his favorite disciple, Shri Bal Mukund Singh Ji. Yogi Bhajan was one of the original supporters in Dr. Levry’s merging of Eastern yogic practices with the Western mystical tradition of Kabbalah. It was he who said, “It took me 40 years to learn this science. It took Dr. Levry to write it down. This work shall live forever.” in reference to Dr. Levry’s book, Lifting the Veil.

Dhirendra Brahmachari was also known as the guru of Yogi Bhajan, the founder of Kundalini Yoga as taught by Yogi Bhajan in the West. 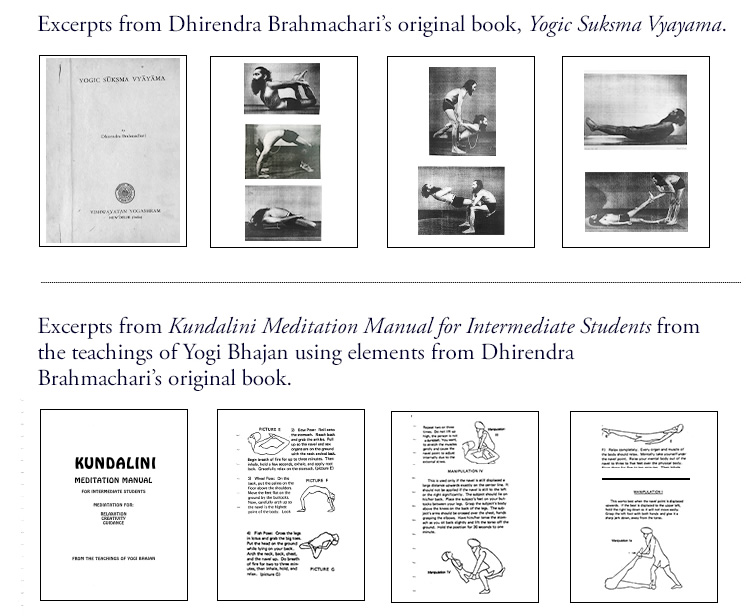 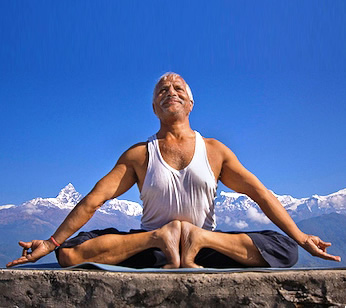 As mentioned before Shri Bal Mukund Singh, (pictured on the left), personally taught the science of Sukshma Vyayama to Dr. Levry. At the young age of 23, Shri Bal Mukund Singh was hand-selected from among a group of over 400 students to participate in a private mentorship with Dhirendra Brahmachari, and went on to become the Swami’s direct disciple, personal assistant and yoga demonstrator. Through this special relationship, Shri Bal Mukund Singh was also exposed to the elusive and mysterious yogis that dwelled in the high peaks of the Himalayan mountains throughout Nepal and India. Under Dhirendra Brahmachari’s guidance, Shri Bal Mukund Singh came to learn and master extremely rare and secret techniques of yoga, especially advanced asana practices. Bal Mukund was groomed in seclusion to prepare him for the life of service that he would lead. Over the course of his life, the seed of his inestimable mentorship with Dhirendra Brahmachari has fully blossomed through Shri Bal Mukund Singh. He has assisted the Indian government for nearly 30 years in the capacity of yogic research officer in the Ministry of Health and Family Welfare. A highly revered yoga research scholar, Bal Mukund teaches around the world, giving seminars and workshops in over 70 countries. His expertise serves a wide and diverse spectrum of society; the world’s leading scientists, cabinet members, elite athletes, businessmen, internationally acclaimed yoga masters and of course his own private studentship worldwide. India’s revered “yogic ambassador”, Shri Bal Mukund Singh has proliferated yoga on behalf of the government, carrying the healing importance and need for yoga to diplomats in various countries, notably Asia and to the general public in countries such as Russia. 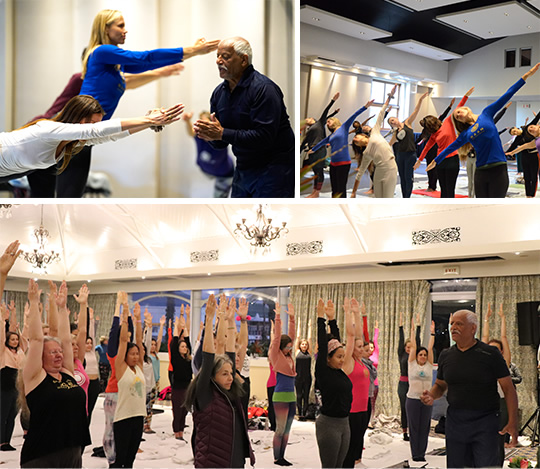 Shri Bal Mukund Singh is the creator of many popularized yogic programs in India. He is the oldest and most respected teacher of the Moraji Delhi State Institute of Yoga (MDSIY) and has been the permanent coach of the Indian team for yogic sports for almost 15 years. In addition, his own level of yogic mastery, has made Shri Bal Mukund Singh the winner of many yogic championships; it being said that it is easier to “weigh” his medals than to count them. He is the six-time “World Champion in Yoga” recipient among many other highly esteemed national, state and international level yogic championships. Shri Bal Mukund Singh is currently devoting most of his time to his studentship. 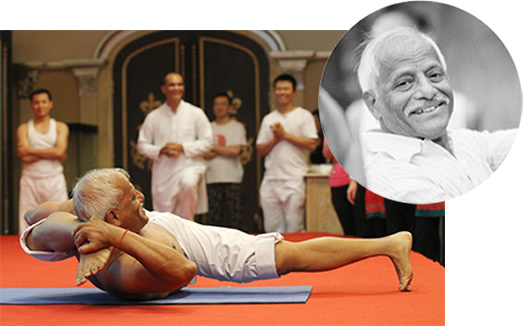 The Mystical Lineage of Naam